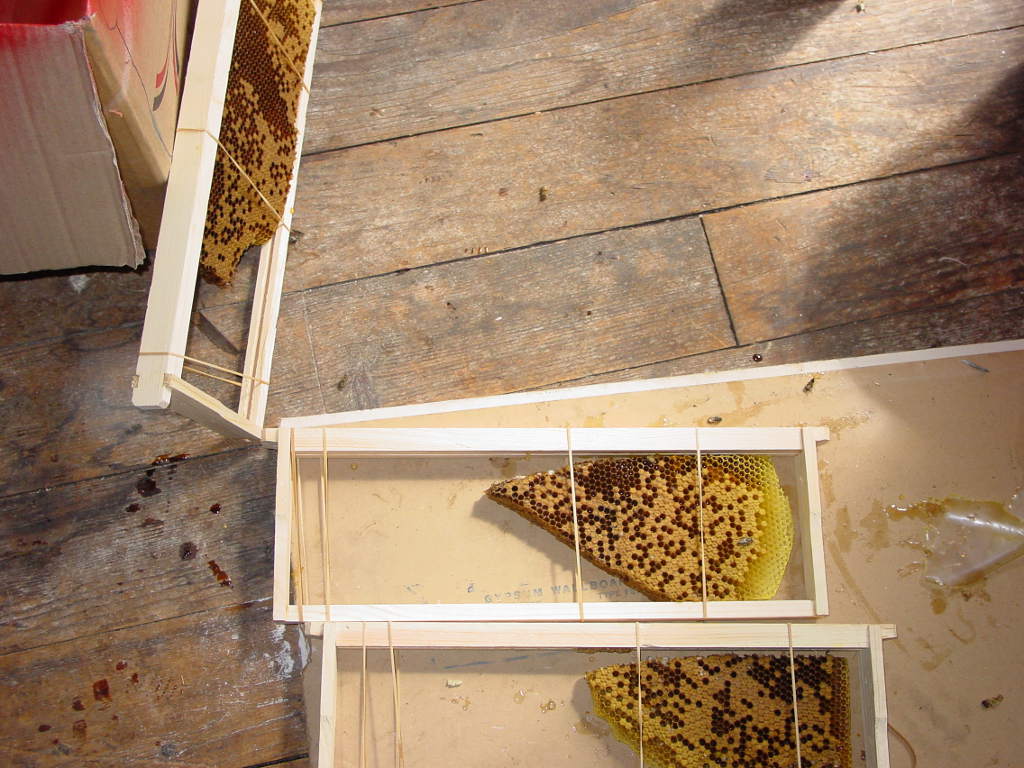 Is it ever going to rain?

A coworker contacted me a couple weeks back and said that he had ran into a snag with a home improvement project. His daughter had noticed bees coming in and out of a 3rd story soffit and after some investigation found that a colony had taken up residence in the walls of his attic. Something had to be done because insulation placement was scheduled to be done by the end of this month.

After removing some sections of drywall, I noted that the comb all looked fairly new, and had even had a fairly recent comb collapse that the bees had cleaned up. I setup the bee vac, and started removing bees from the comb.

Comb by comb I removed sections and rubber-banded them into frames. Capped honey was separated into a food-grade bucket, while uncapped nectar, pollen, and damaged brood was placed in another bucket.

I was not able to locate the queen.

I am scheduled to go back this evening to vacuum up the rest of the foragers that had not made it back from the field yet. I am not sure what to expect with it being so late in the season. The colony had quite a bit of pollen and open nectar that I did not rubber-band into frames. 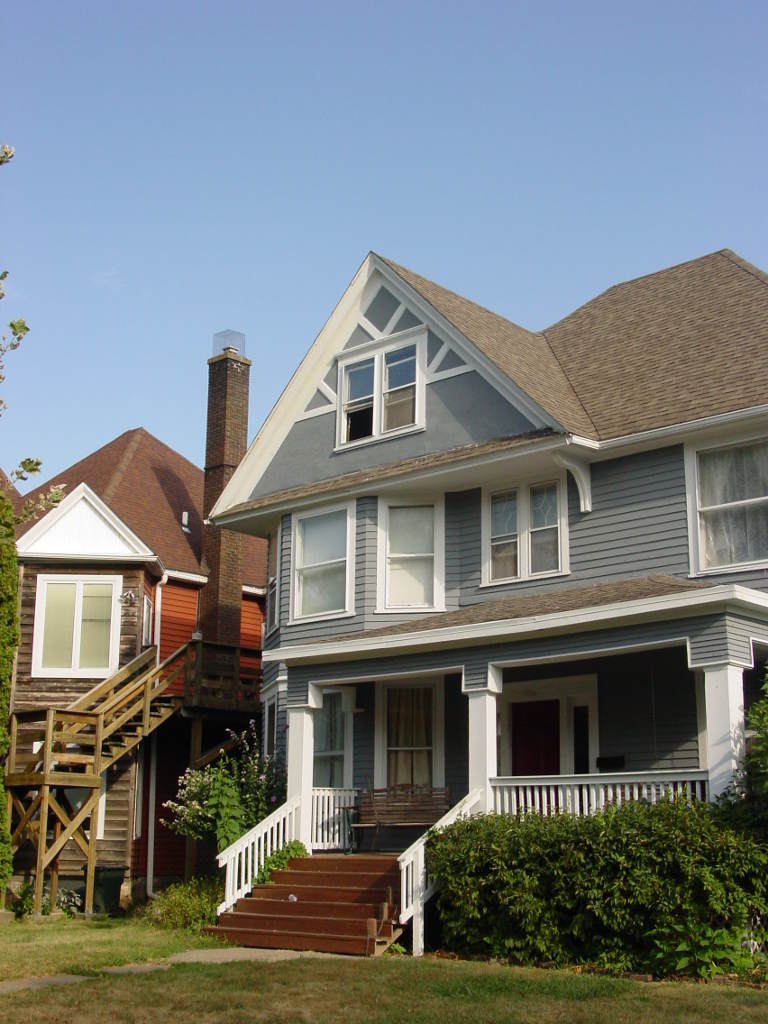 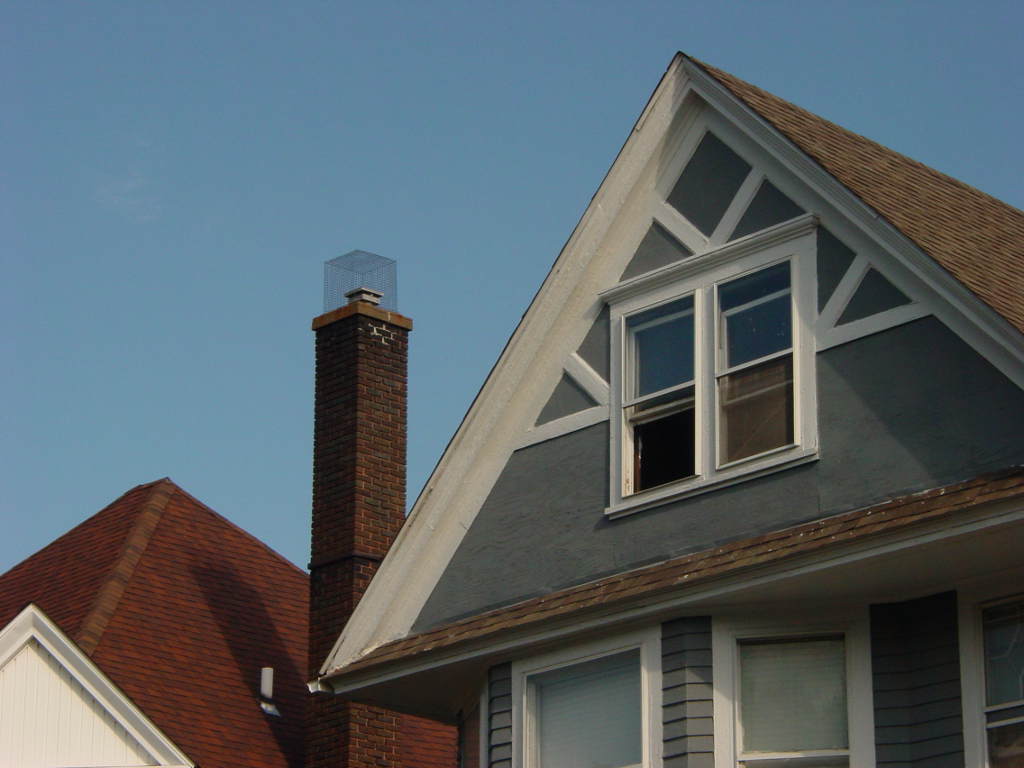 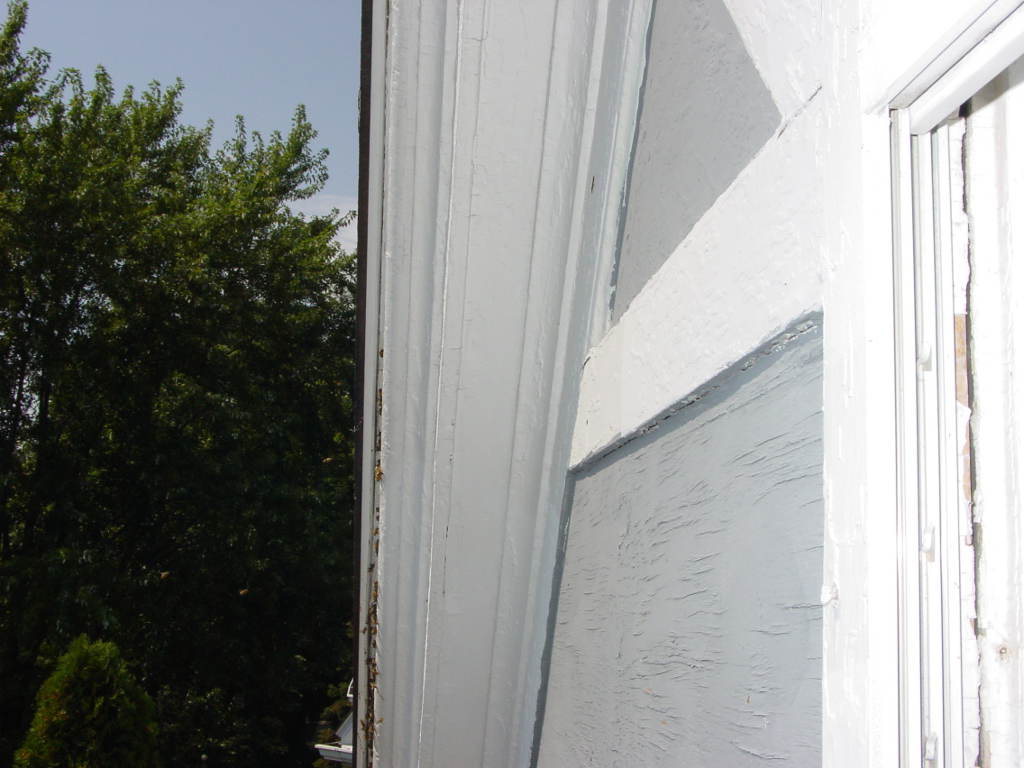 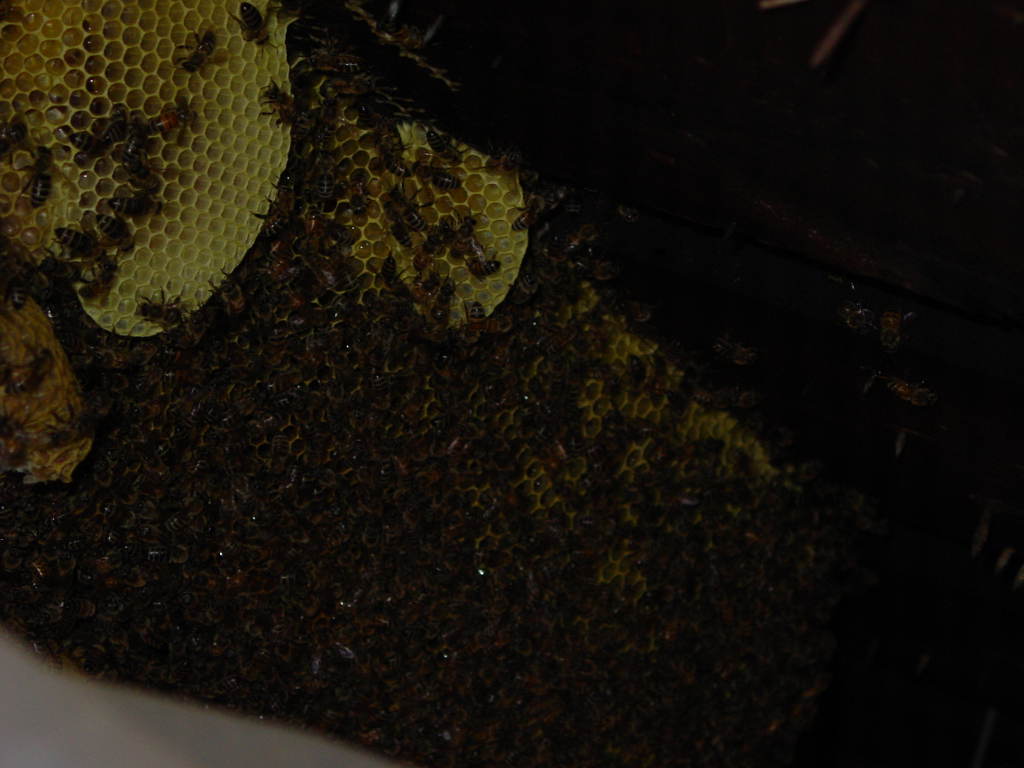 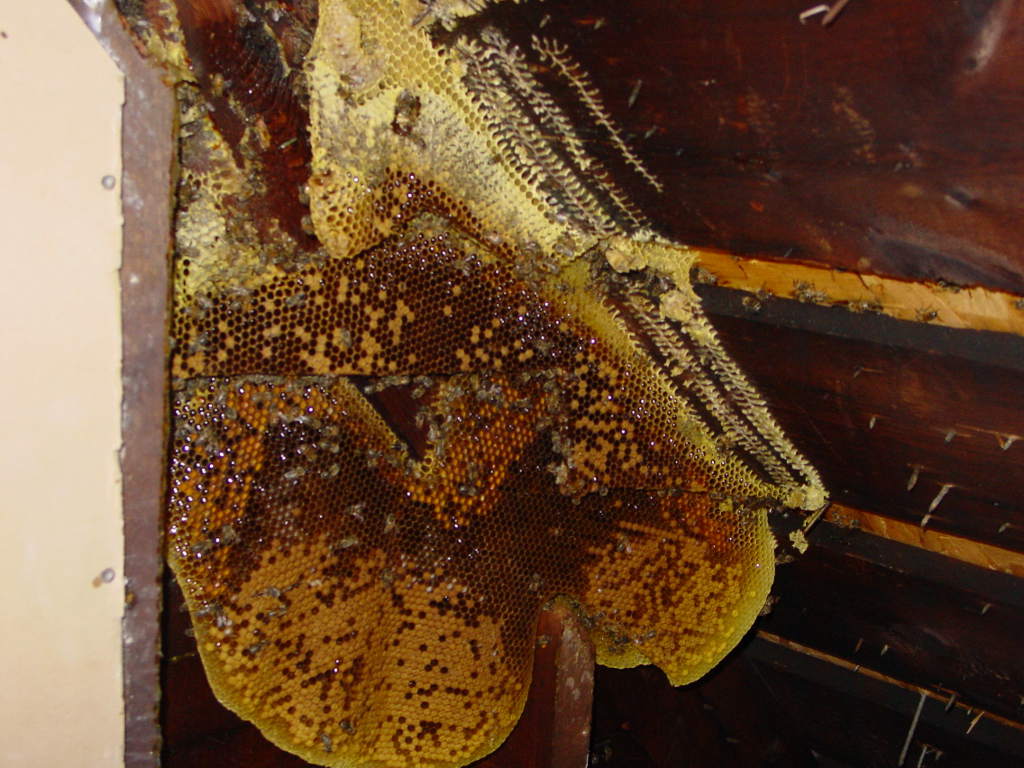 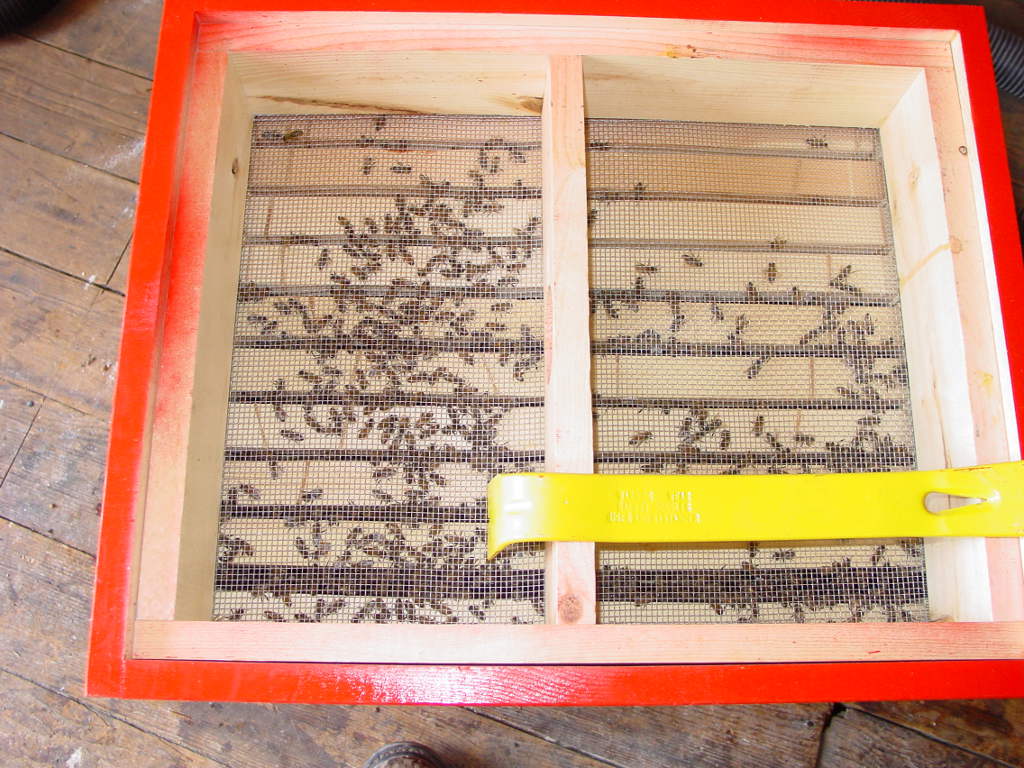 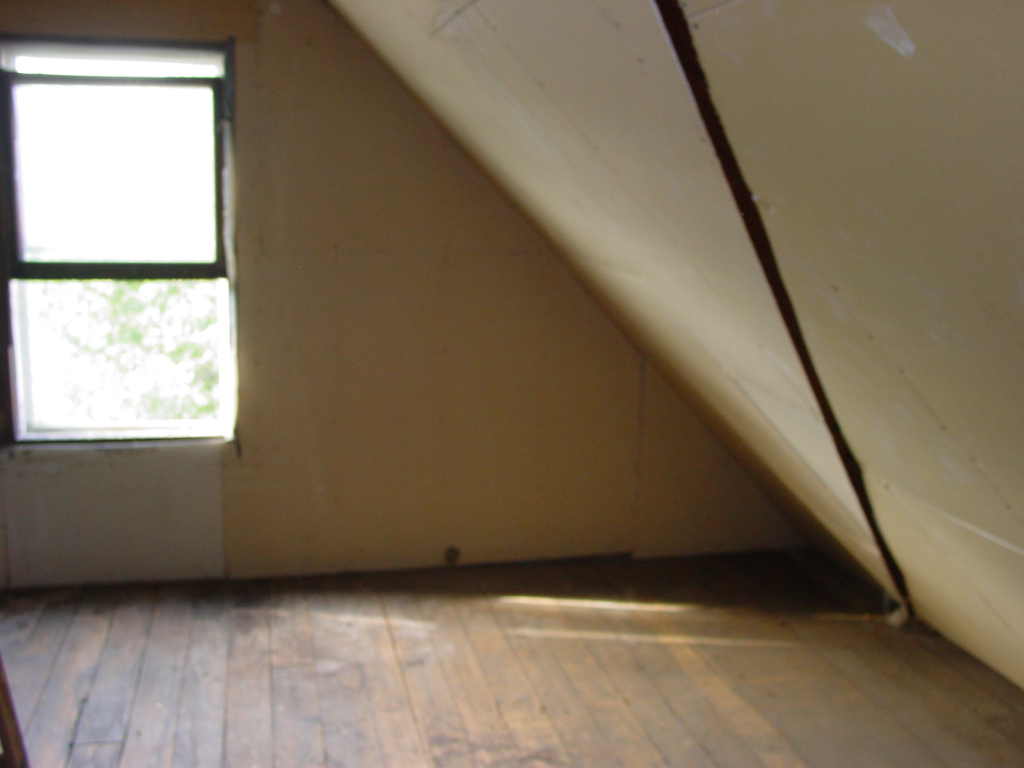 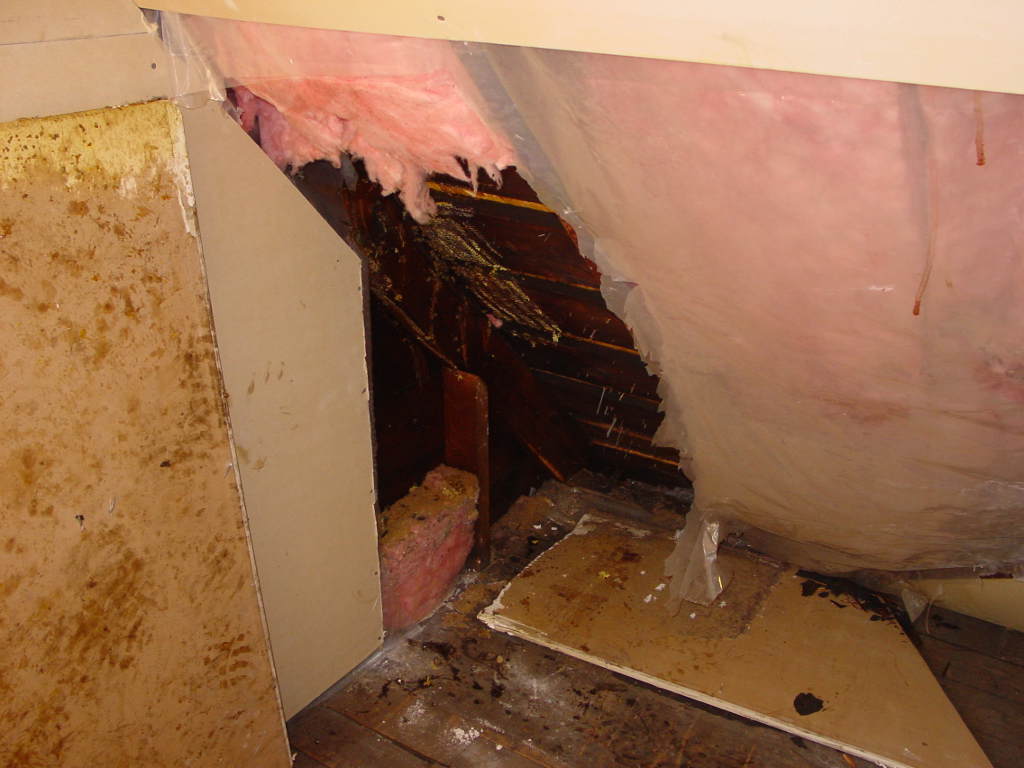 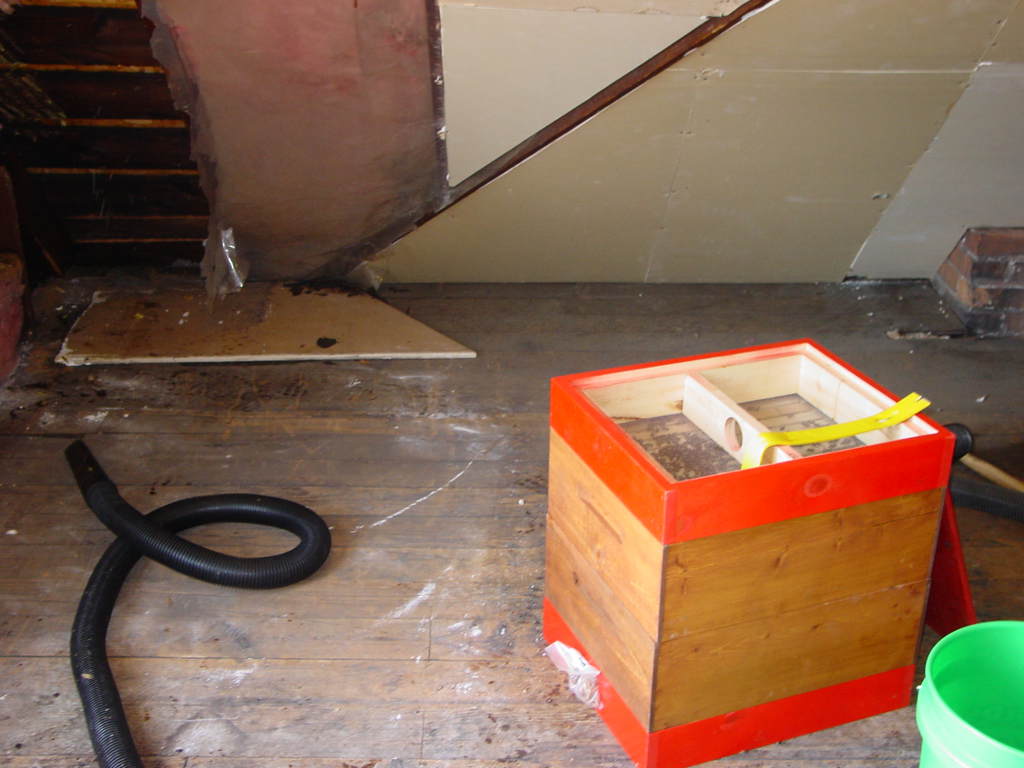 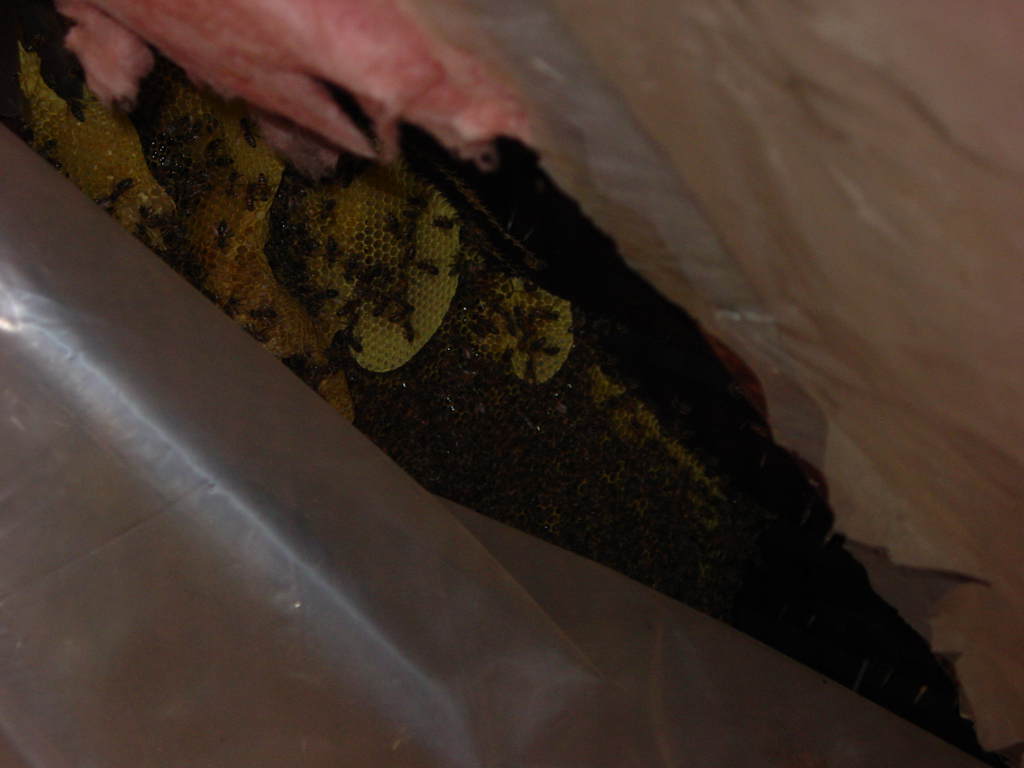 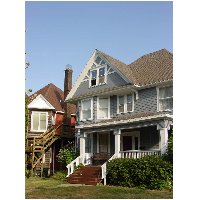 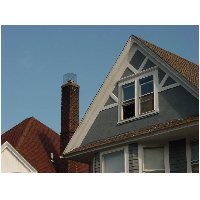 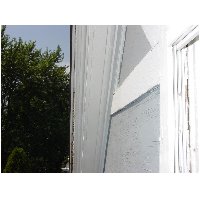 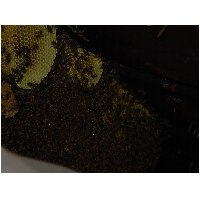 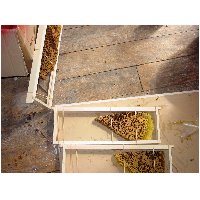 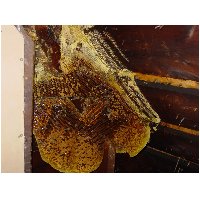 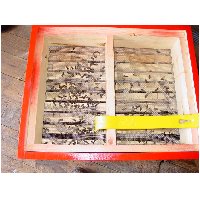 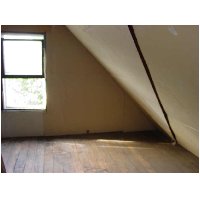 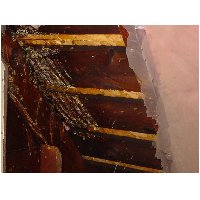 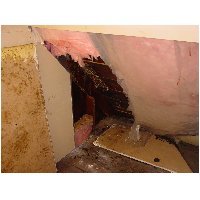 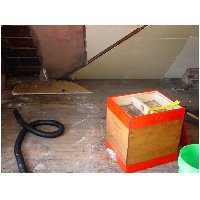 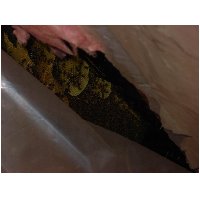