First swarm of the season 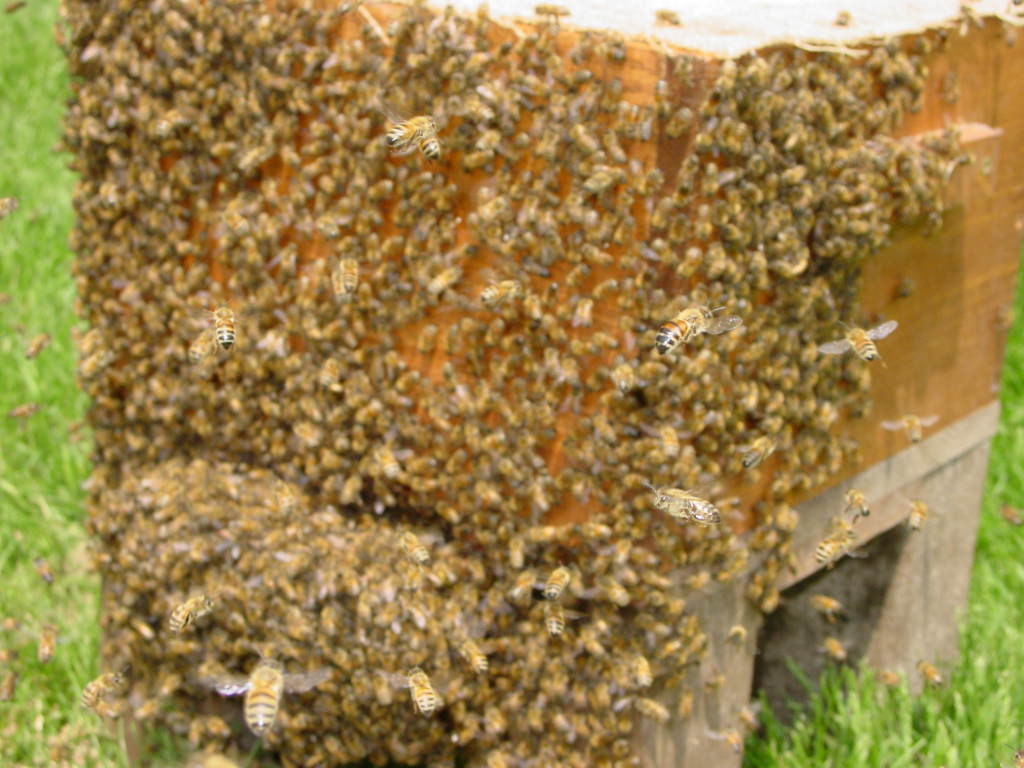 I was out grinding tree stumps when I got a call from my wife that there was a large cloud of bees over the back garden. I was home within minutes to see a swarm about 20' above in the air. Using loose dirt, I tossed it at the swarm in attempt to bring them closer, or cause them to land. This method helped to keep the bees from moving further away, but it did not cause them to get much lower.

I had an empty warre box with a small piece of comb. I put a drop or two of lemon grass oil in the box and held it up into the swarm until the bees started to land on the box. It did not take but a few moments before the sound coming from the cloud of bees changed in pitch, and started to densify toward the box.

I placed the box on a stand and cover, and watched for the queen to arrive. She was found in a beard of bees at the entrance and herded into the entrance of the hive box. The queen was golden in color without any distinct black markings.

After about an hour of the bees collecting into the box, I moved the box to the desired location about 50' away. Some stragglers were left behind, but in total I walked away with at least 3 lbs of bees. 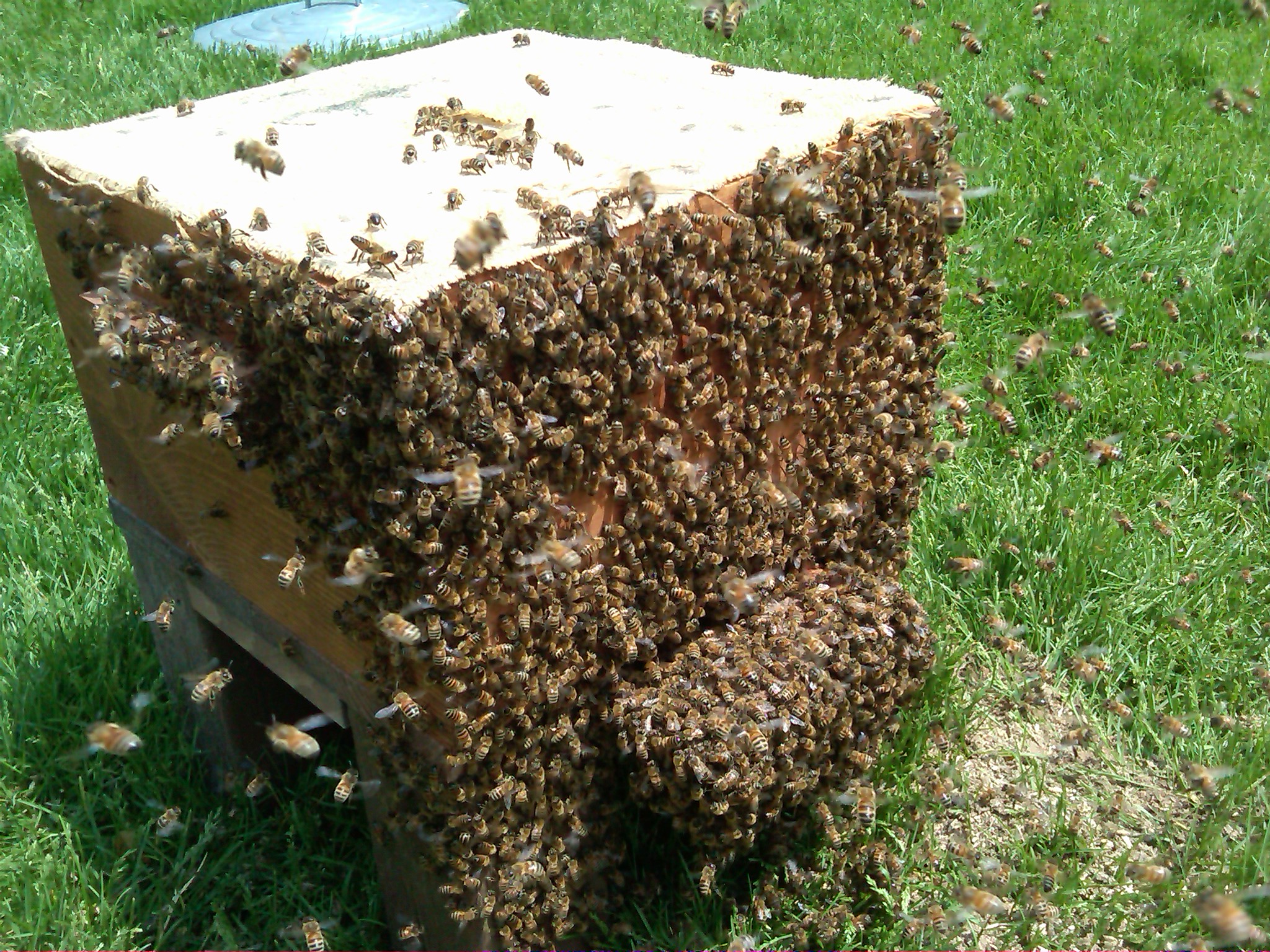 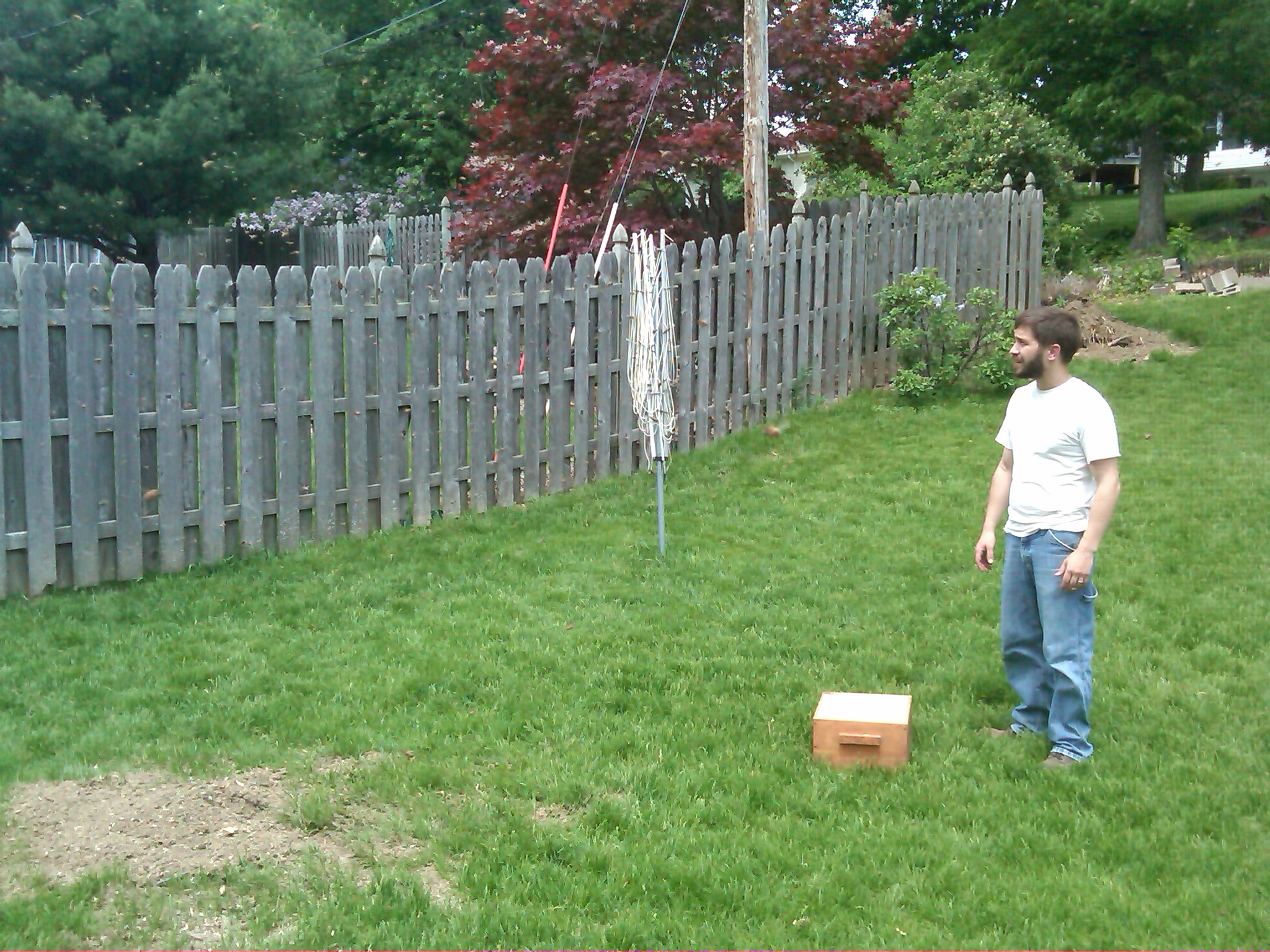 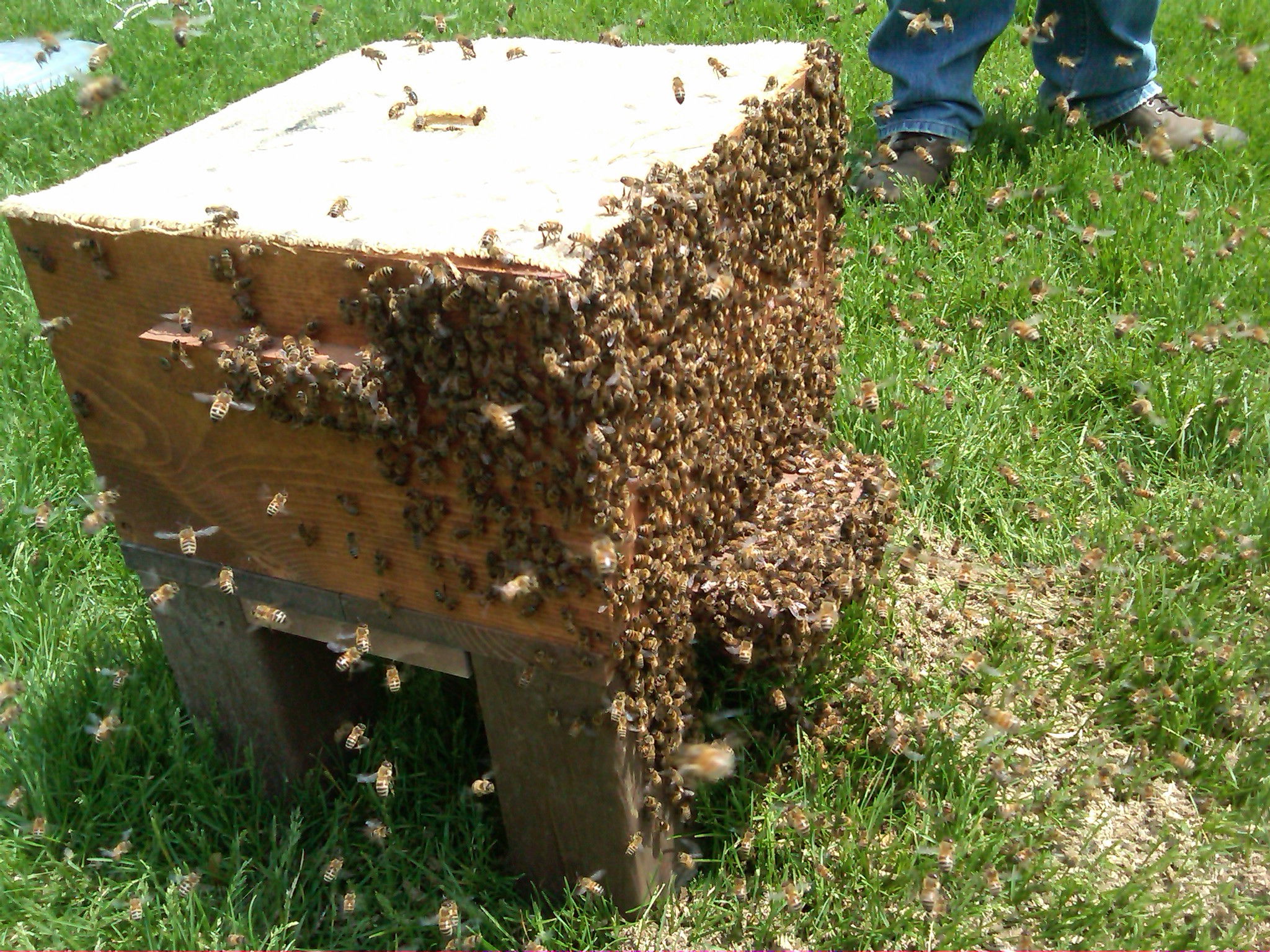 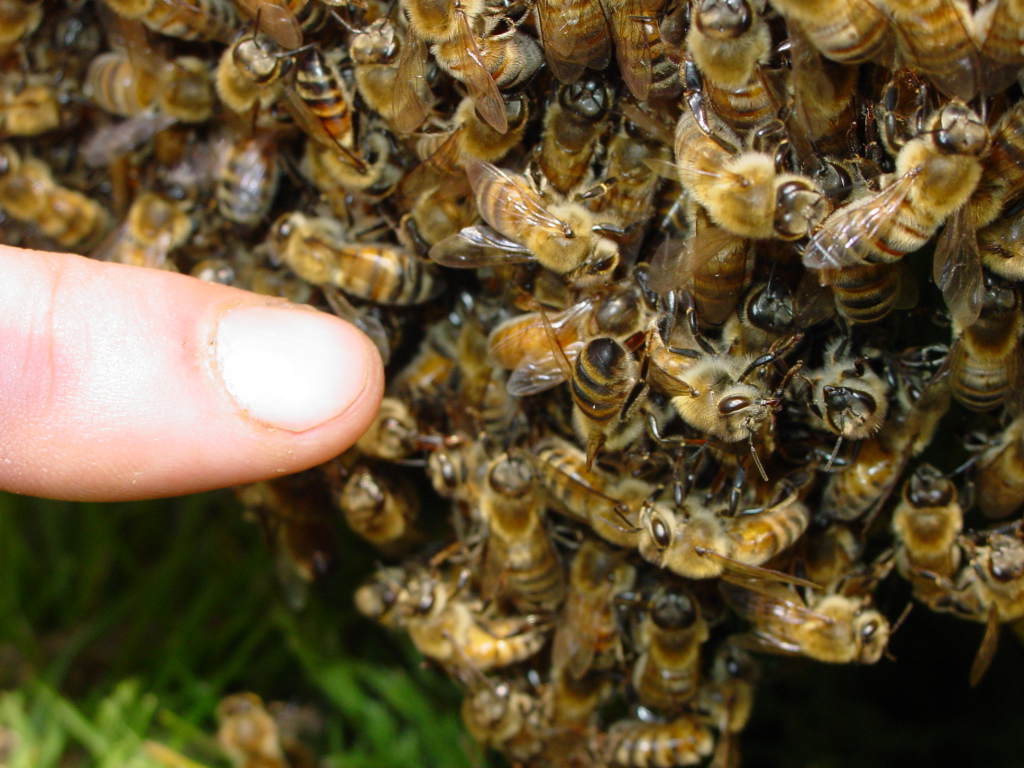 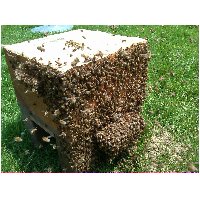 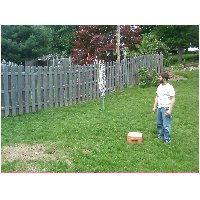 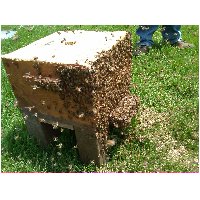 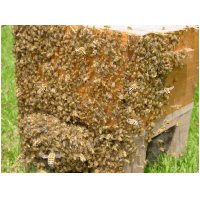 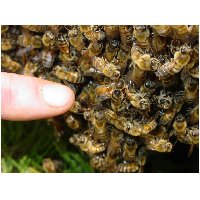