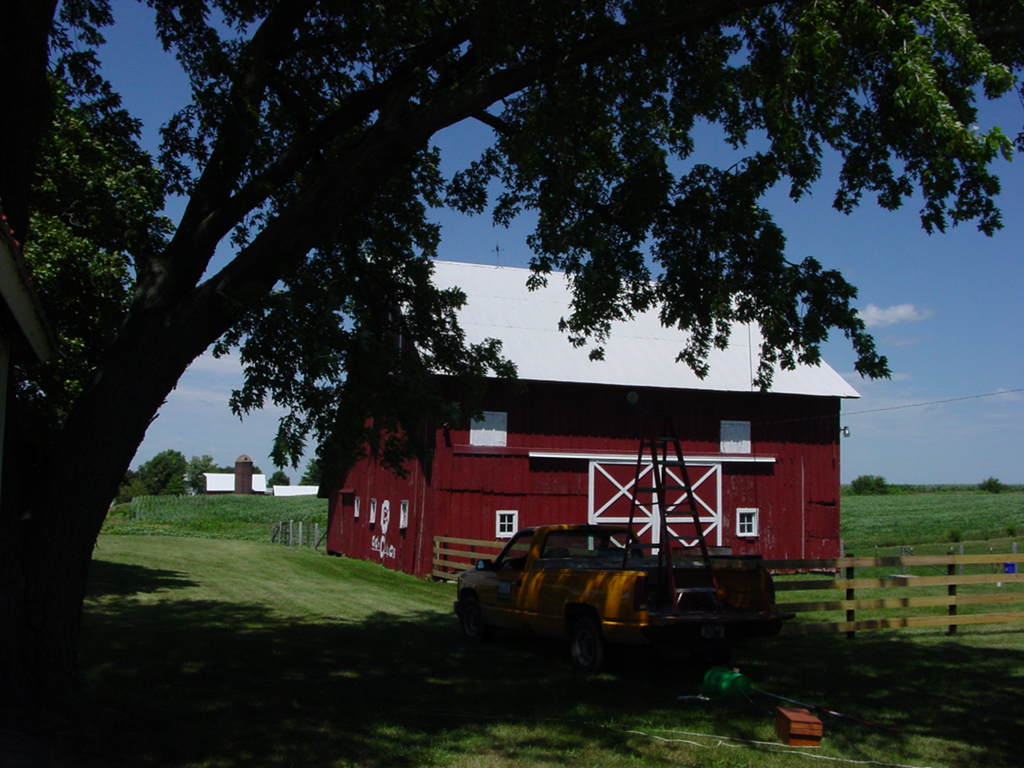 I was contacted this afternoon to capture a swarm West of Geneseo Illinois. The swarm came from a cavity in a mature maple tree, and landed in the branches about 15-20 feet from the ground. The family has allowed the feral colony to live in the tree for at least the past year or two. The family called because they wanted to ensure that a beekeeper was able to benefit from the swarm.

I used my swarm bucket attached to an extension pole to shake the cluster from the branch. Standing on the bed of the property owner's truck, I was able to reach the swarm with the pole fully extended. Each time about half of the bees were transferred to a nuc while the other half made their way back to the cluster on the branch.

On the 10th attempt, I dumped a significant quantity of bees in front of the nuc. After a few moments the pitch of the flying bees changed, and they started to densify around the nuc.

The weather was hot and humid, so the bees did not make their way into the nuc completely. The owner loaned me his stapler, and I was able to staple some window screen around the entrance where the bees were bearded.

There were a number of stragglers still flying around when I placed the nuc in my van. Many of those bees found their way into my open windows. I put the veil back on, and headed for home. Some "defensive driving" shifted the nuc enough to allow a couple dozen bees out into the van. None of them were interested in me thankfully.

I moved the bees (nuc#5) to their new home... which happens to be the place I am moving into. My family's last major moving effort this evening ended with a rainbow over our new home. 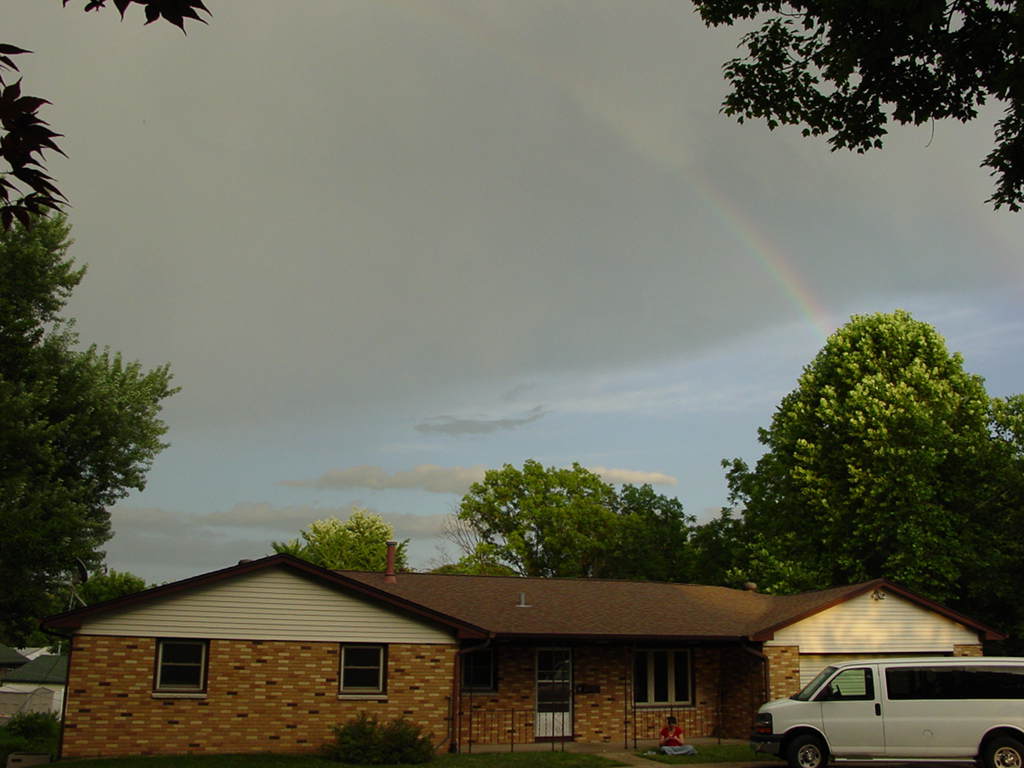 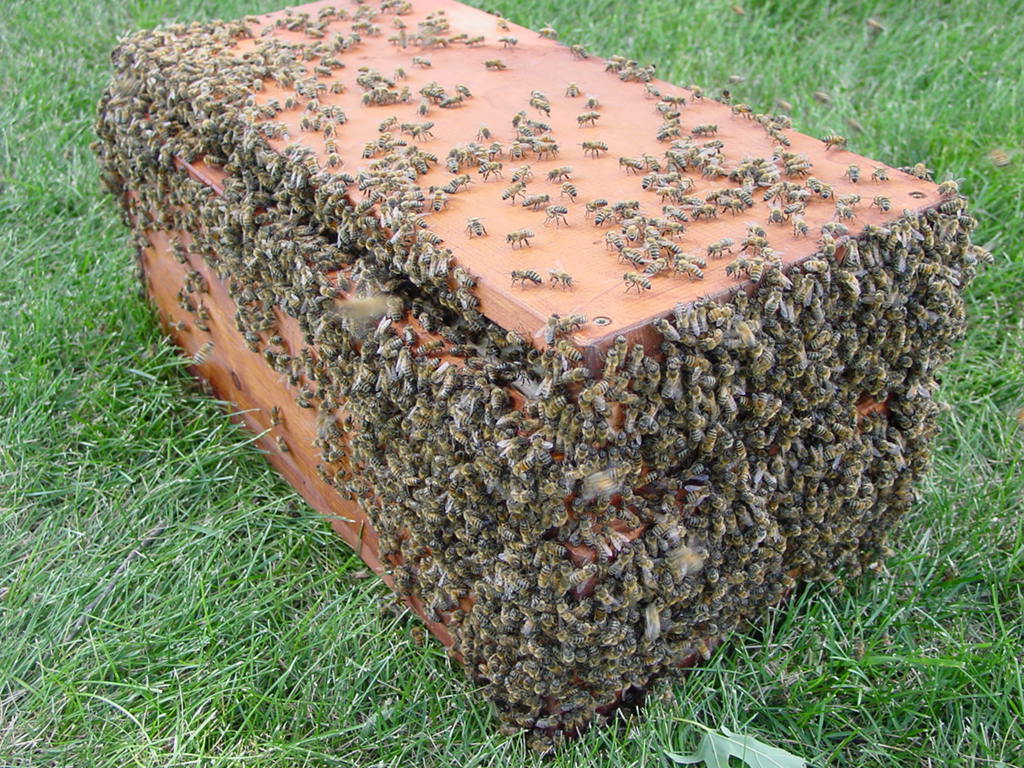 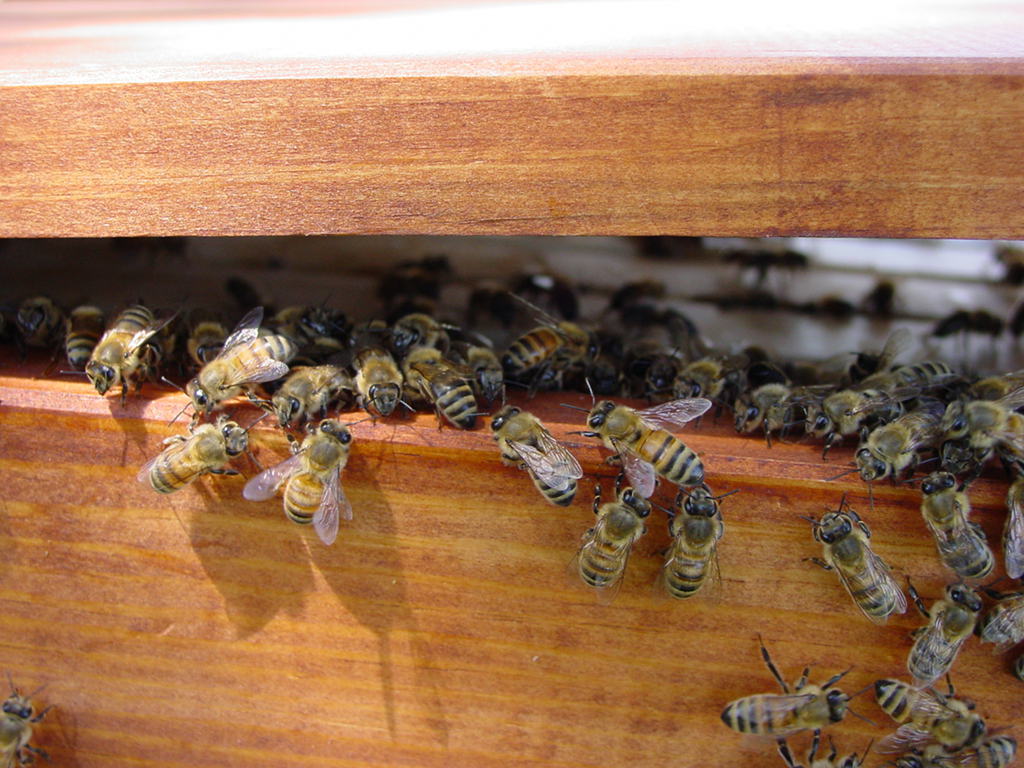 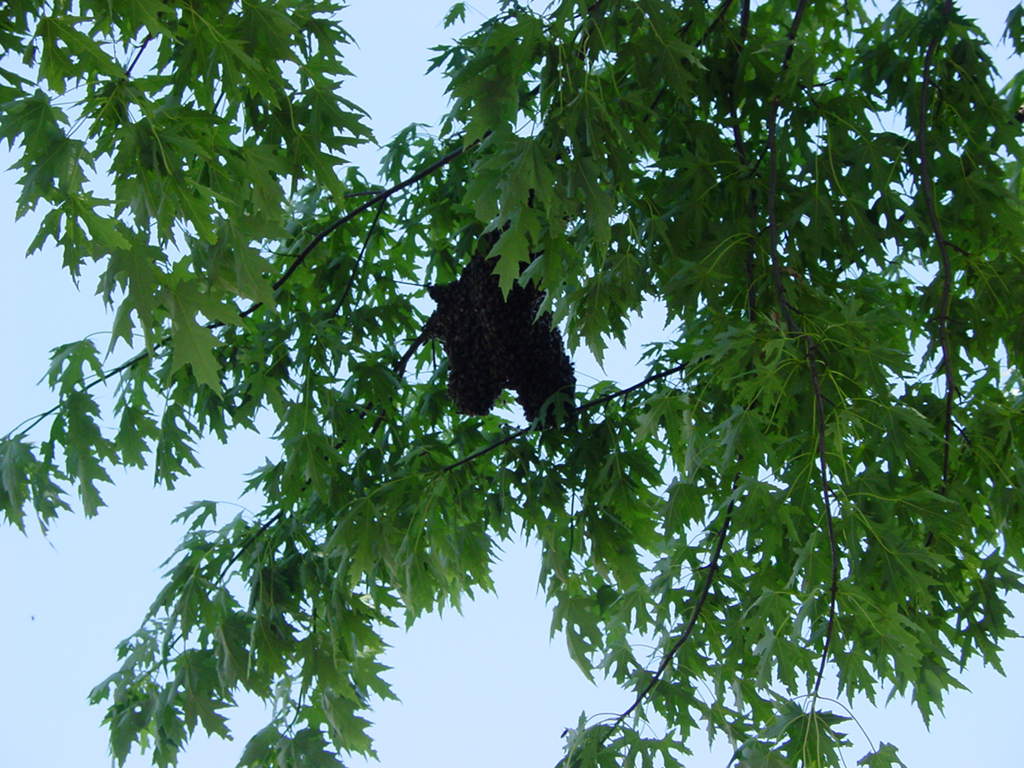 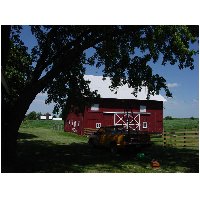 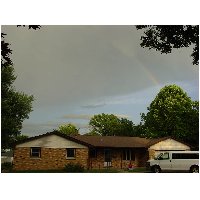 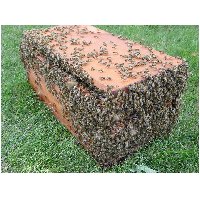 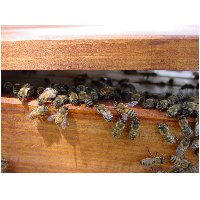 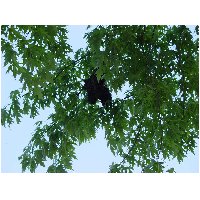