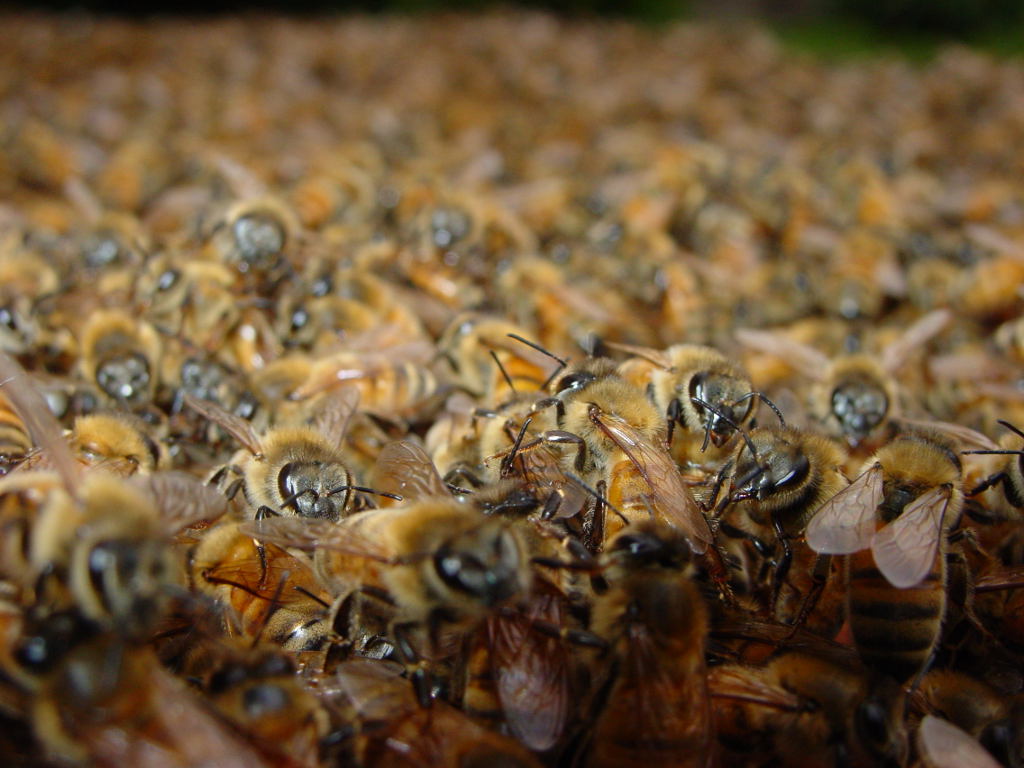 The hTBH swarmed today. Landed in a neighbors tree about 15 feet away in two separate large clusters. As full as that hive has been this spring, I estimate at least 80% of the hive left. Total swarm size estimated at 6-8 pounds in 2 different clusters.

Using a baseball attached to a rope, I threw the ball over one of the branches and pulled the rope hard to shake the cluster down. The cluster rained down into a nuc (nuc#5), but immediately they began to react. Even with protective gear, they managed to poke me a number of times.

After a few pops to the head and neck I put on my bee veil and attempted to shake the other cluster. This group was also reactive. Some found their way under my veil, and found the smack dab center of my bottom lip. (Clown face followed soon after.)

I found at least four different queens today among the swarm clusters. If they were not so reactive, I might have split the queens and bees up into mating nucs, but I am not sure I want to raise these bees.

Many of the bees would not find their way into the hive, so I wrapped them all up in a table cloth to transport them away from the site. Before doing this, I noticed that a number of bees on the lid were doing a waggle dance.

hTBH still has a number of queen cells in it that have not emerged. 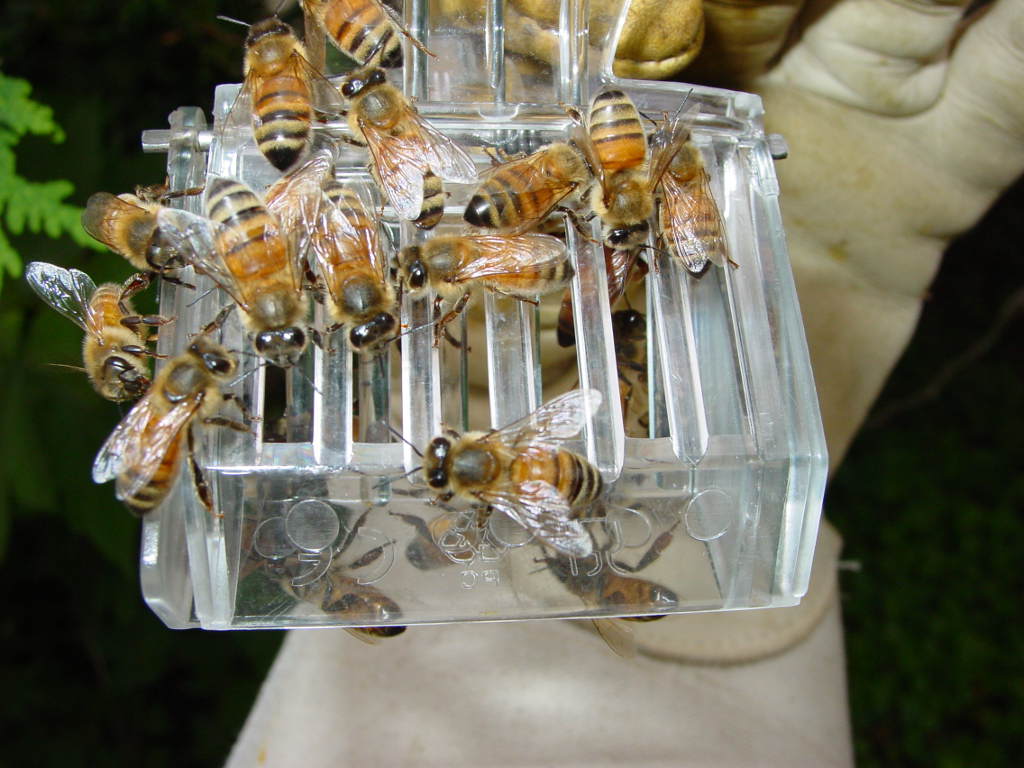 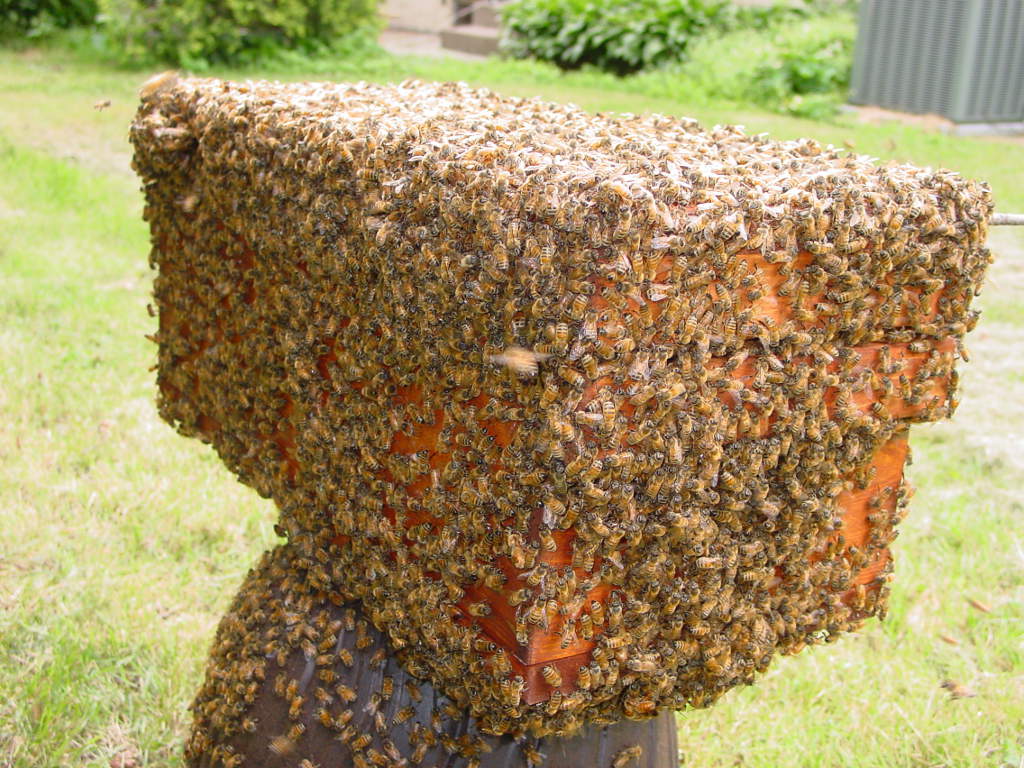 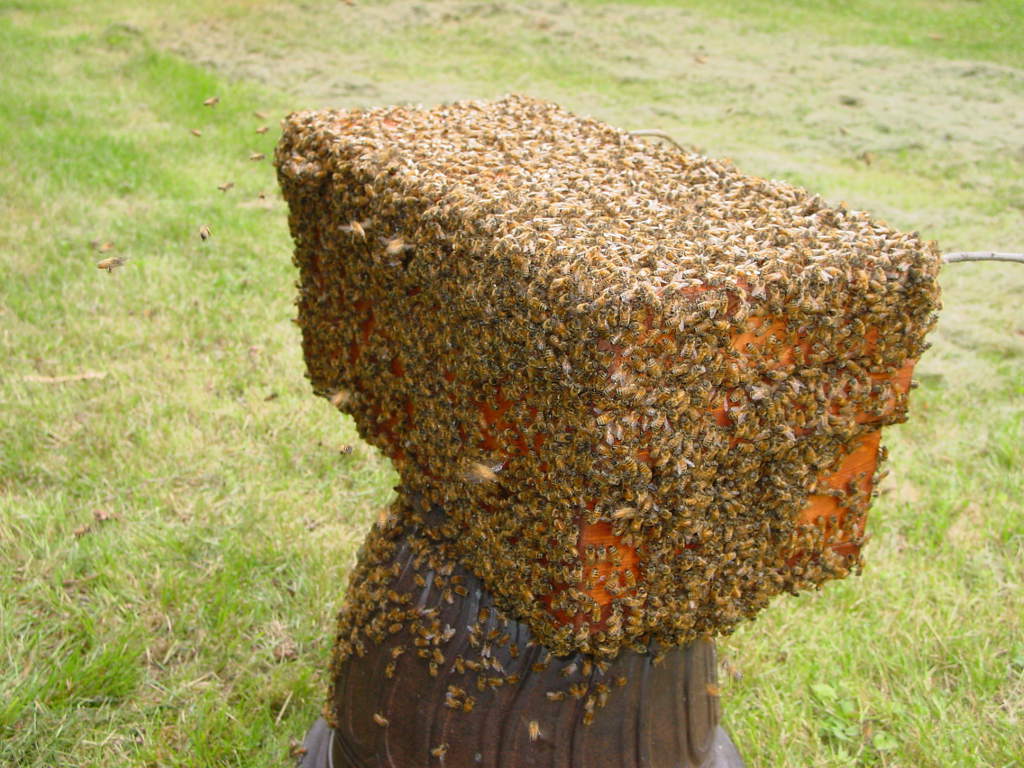 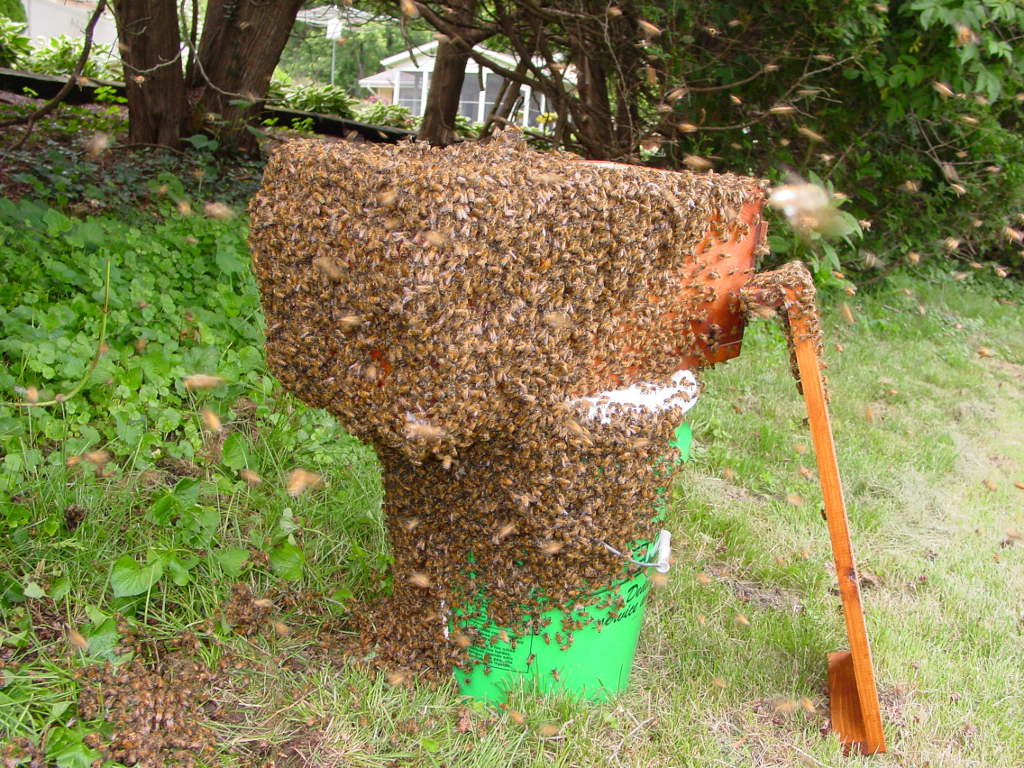 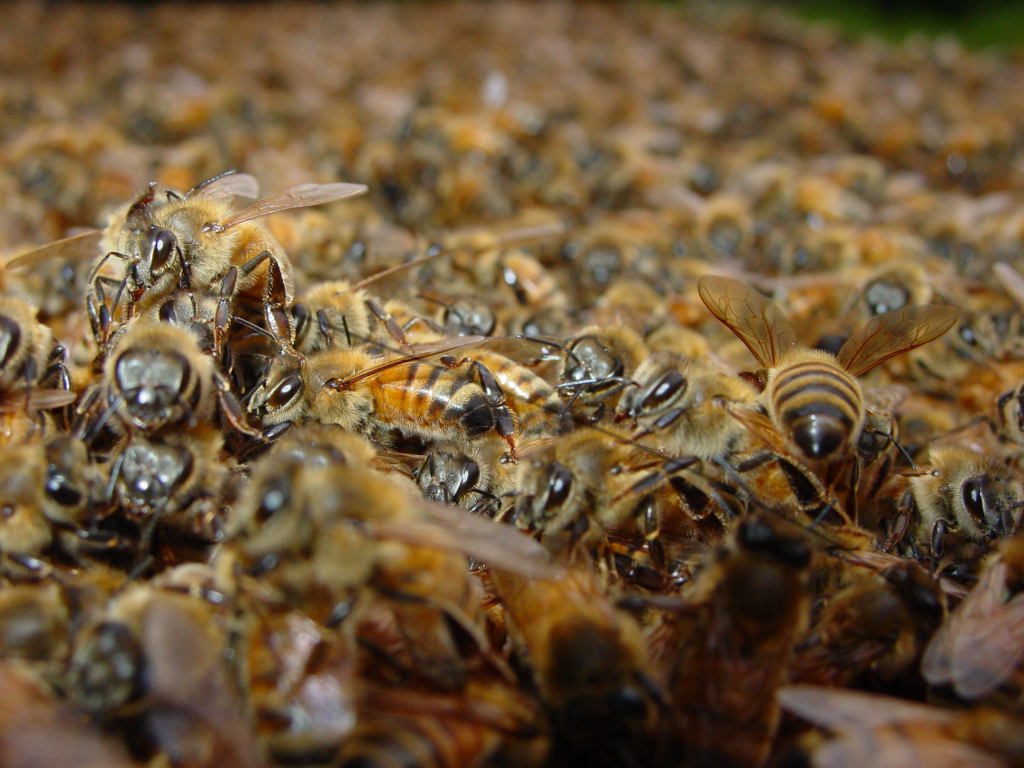 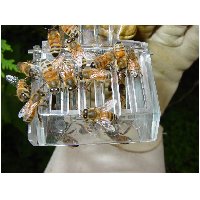 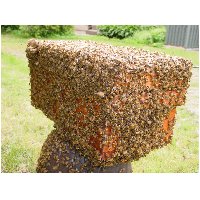 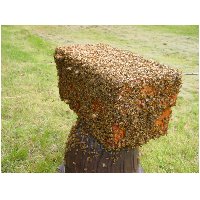 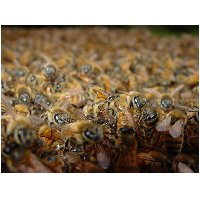 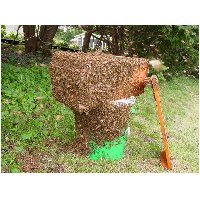 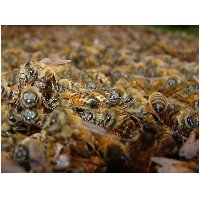